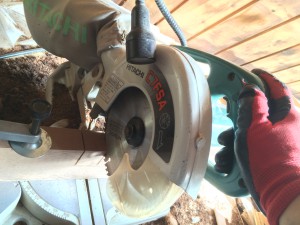 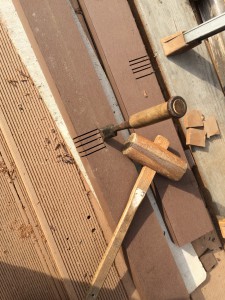 and thrilling tightrope-dance-like balance work on a crossbeam.

With all the joist work done, I can start planking the deck, which can be only a one-day job. Planking is also boring but doing tenons and mortises of the banisters and handrail is even worse. 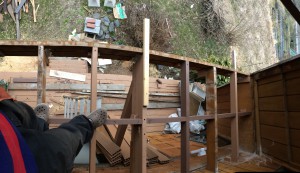 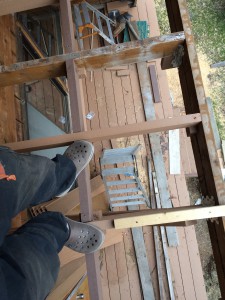 I don’t stint myself of time and effort to figure out the  corner-cutting way, but at the 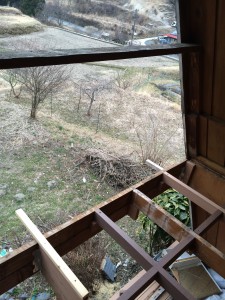 same time, I have to think about the structural strength for safety of the railing– that’s why I can’t sleep now. 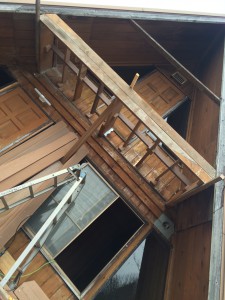 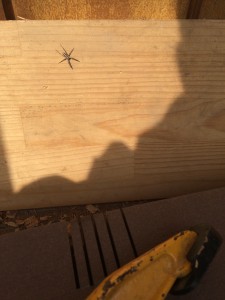 I have been working on renovation of my house in Hanase.

The floor is done, the washbaisin is installed, and the kitchen components are put together.

These days, I am concentrating on the second-floor verandah and doing a sort of aerial act. With an impact screw driver in hand, standing on top of a ladder, it’s hard on my right foot, which has been aching from the nail wound I got the other day.

Well, it’s almost done and I can move onto the next work to do: toilet installation– another hard job. 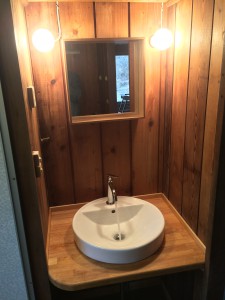 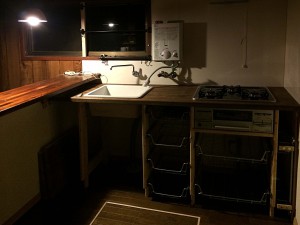 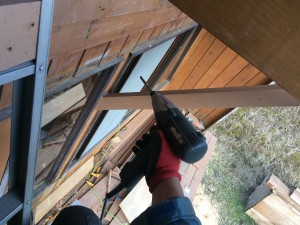 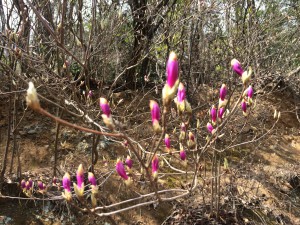 In front of my house are rhododendrons coming into flower buds. They are of wild species but might be planted by someone, and will beautifully bloom soon.

There is a little plant with cute flowers in the fallen leaves at the edge of a slope where I park my car, and just across are daffodils still in full bloom by a neighbor’s place. 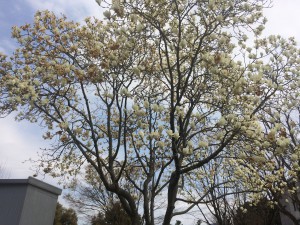 On the way to Hanase, I saw cherry trees start to blossom. A magnolia tree was showing off its white flowers full of the branches. 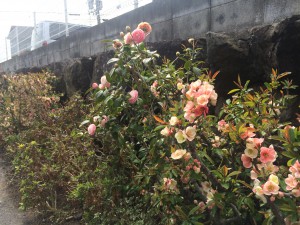 I passed by a hedge with full of flowers with single and double petals. I mistook them for roses at a glance but found out they weren’t. I wondered if they were also a kind of rhododendrom.

It’s a beautiful and joyful time to eyes, but unfortunately,  it’s also a torturous season to my eyes with the allergy to pollens. (Well, the pollens as the allergens are from anemophilous plants that are cryptogamous and different from the plants with those good-looking flowers, though…) 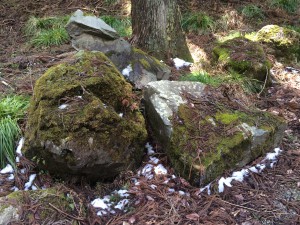 There were patches of the snow on the ground in the shade under a tree when I went beyond the Hanase pass. Although it was rather warm during the day time as I was working on building a sun deck, it rained with sleet on the way back after dark. It seemed like the season over there was still one month behind.

If you need, go to the Japanese article 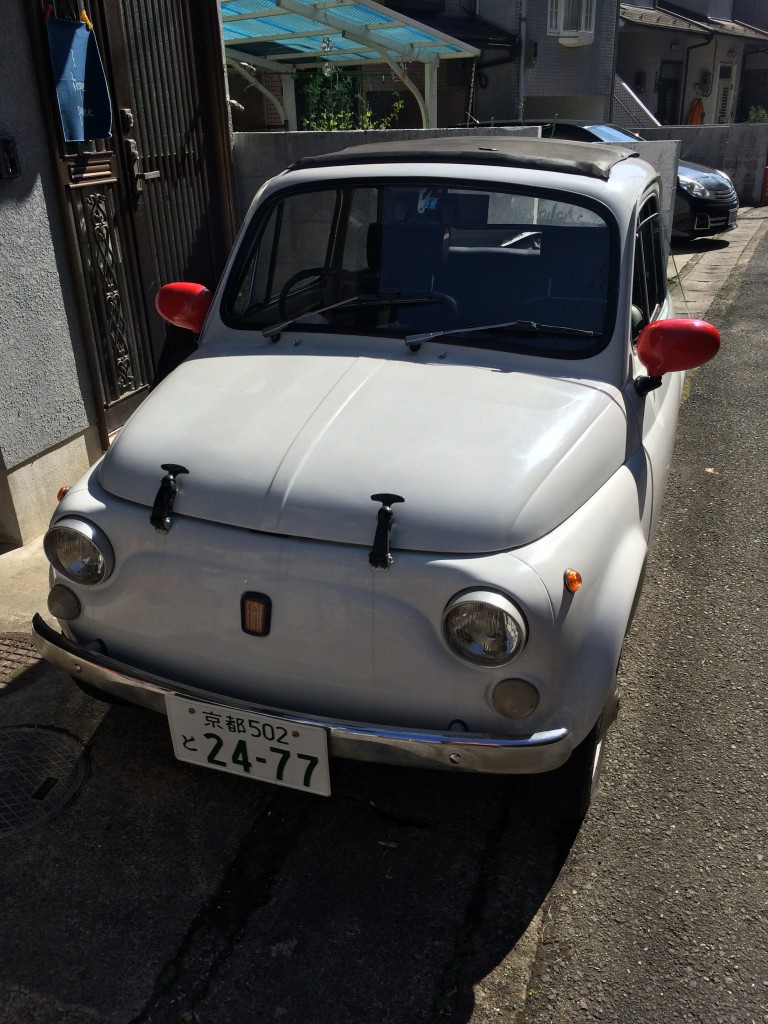 Cinquecentos in general have various door mirrors simply because side mirrors were (allegedly) not required around the time Cinques came out in Italy in the 1950s. So, they put on whatever available or their favorite stuff, today. However, it seems that most of their efforts have failed and the mirrors seen on the Cinques look neither functional nor aesthetical.

The former owner’s choice was even worse: black, bullet-shaped and too small– ugly and dangerous. I had replaced them with chrome-plated ones, and looked OK but still too small.

I thought it’s a good idea to install a pair of “present” Fiat 500’s door mirrors and tried, but in vain… They were too large (despite that the present one is relatively small compared with other ordinary cars).

Finally, after weeks of search throughout the web, I came across the door mirrors for the early Mazda Miata, whose rounded shape fits that of the Cinque, and bought a pair on the web auction. The original color was rather dull, so I painted them in red!

The angle of the door surface where the mirror was attached was too close to vertical. I had to make a wedge-shaped spacer to correct the angle of the mirror.  The spacer’s surface must be curved so as to fit the door’s curvature. The old Miata’s mirrors are not motorized and small enough to fit the micro Cinque, and their oval shapes go so well with round shape of my car.