I made it to the Smoky Hills State Forest, where I was supposed to do dispersed camping tonight, early enough so I can afford to spend time to walk into woods in search of a small clearing where I could pitch my tent. Stepping into an animal trail and wandering in a bushy forest for quite a while, I couldn’t even spot a tiny patch of campable land, ending up in vain. My modest ambition for dispersed camping in the Minnesota wilderness thus ended.
スモーキー・ヒルズ州立森林に到着。今夜はここで「分散キャンプ」するつもりだった。まだ時間が十分早かったので、テントを立てられそうな小さい空き地を見つけようと木立の中に入った。獣道に踏み込んでかなりの時間、低木の生い茂る森を彷徨ったが、キャンプできそうな場所はひとかけらも見つからず、徒労に終わった。かくして、ミネソタの原生林で分散キャンプをという僕のささやかな野望は潰えたのだった。
2022年9月29日 okamoo コメントする

It’s really scary to get overtaken by cars and trucks— especially by the huge 18-wheeler semis—on narrow country highways, though every single driver cautiously keeps distance when passing me.

2022年9月29日 okamoo コメントする
The following article is a copy and its translated version of a Instagram/Facebook post that I wrote during my bike trip in Minnesota between Augst 31st. and September 3rd.– a short travel for visiting my former major professor.

I started my bike trip rather late like 10:20 this morning, because the bike’s rack for the package needed some more adjustment though I did it once before.
I thank Jackie a loooooot for everything! 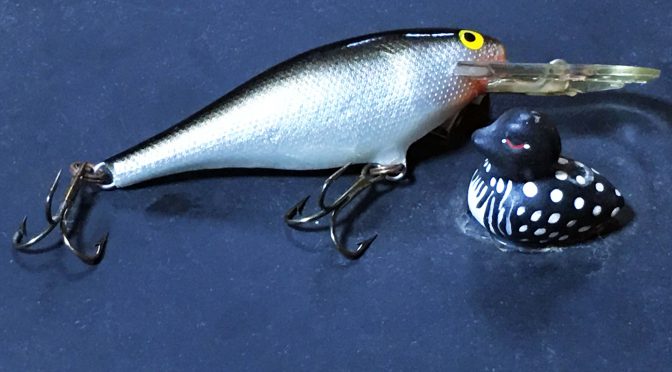 The following is a translated version of my former post “何十年経っても、なぜかそこに居る” on August 2nd (1st in the U.S.), 2020. In the article, I wrote about my major professor Lyle Laske, who was literally my all-time  “major” influence. Regrettably, my greatest mentor and dearest friend Lyle passed away exactly two years later. I recently received an invitation from his family for a memorial open house to celebrate Lyle’s life– with the message “Bring only your cherished memories to share.” I am afraid I cannot make it to the celebration on time, but I would like to share my memory of Lyle with his daughter Letitia, son Andrew, other family members and friends. In order to do so, I quickly translated the article written in Japanese into English. There could possibly be misspellings an/or mistranslations, but Please be tolerant of such inappropriateness.

Although I don’t fish,  I’ve got a minnow-shaped fishing lure made by a Finnish company called Rapala– the lure that is always around within my reach. (This small-fry-like bait may or may not be of minnow, though)

It was thirty-five years ago or so; my undergrad major professor at Moorhead State Univ. (present MSU at Moorhead) in the States, Mr. Lyle Laske used to take me out to lakes of Minnesota. One day, he took the fishing lure out of his tackle box and gave it to me. He didn’t even mean to drag me into fishing, but just wanted me to know how interesting and beautiful the form of this curtly simple lure was said he.

Ever since, this minnow has never swum in the water but always kept watching me over. 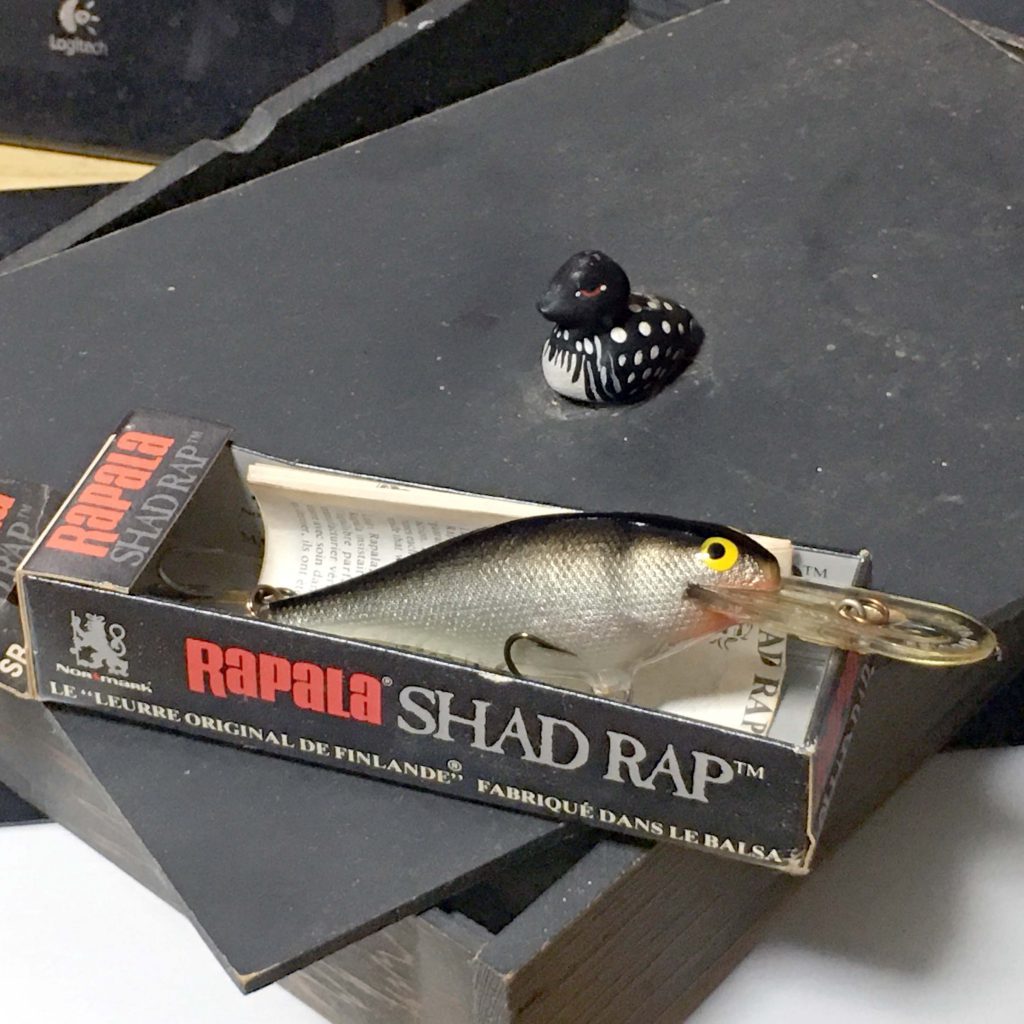 The bird figure– glued on the lid of a handmade  fubako (letter container), diverted from a candy box and simply painted in black– is shaped after the loon, the state bird of Minnesota. After his retirement, my major professor moved to a in the woods, build his own house and has been enjoying fishing and eagerly engaged in wild loon protection. Even before that, I already knew how he loved loons, so that I bought a small figure of loon after him, and made it the handle of the lid of the box that I would keep important documents in.
Both the loon and the minnow are always beside me ever since.

addendum:
No other person who has lived more intellectually and with a corroborate style (in the formal and/or spiritual meanings) than him is known to me.  What I have learned from him, who grew up close to forests and lakes as a son of part-time hunter in Wisconsin, are so much and invaluable. Admiring him for his way of life and wishing to be like him one day, I have lived my life. However, it may end up in an unfulfilled dream… Well, I would like to live, keep trying to be up to it while the minnow’s eyes wide open watch over me (and if I do something wrong, the loon might warn me with its shrill call.)