A few weeks after the sudden death of my Mac desktop computer, I obtained an ATX power unit and finally brought the machine back to life.

If the malfunction was in the power switch circuit, it would have been a little troublesome since Apple jam packed strange stuff in the switch box. I just didn’t want to deal with the problematic modification again. (see this)

Luckily, the power switch hadn’t gone bad. It was the power unit that caused the whole thing: pushing the power button to turn on the system wouldn’t do NOthing– no fan hissing, no indicator lamp blinking. I had a box perfectly quiet with the LCD completely black. Well well, the Blue & White G3 was beautiful enough to simply be a mere desktop ornament even if it didn’t do a trick, but it’s more fun to have a sidekick that smiles at me.

I bought a secondhand power unit for only 500 yen, and transplanted it into the G3. Voilà! It’s alive again!!! 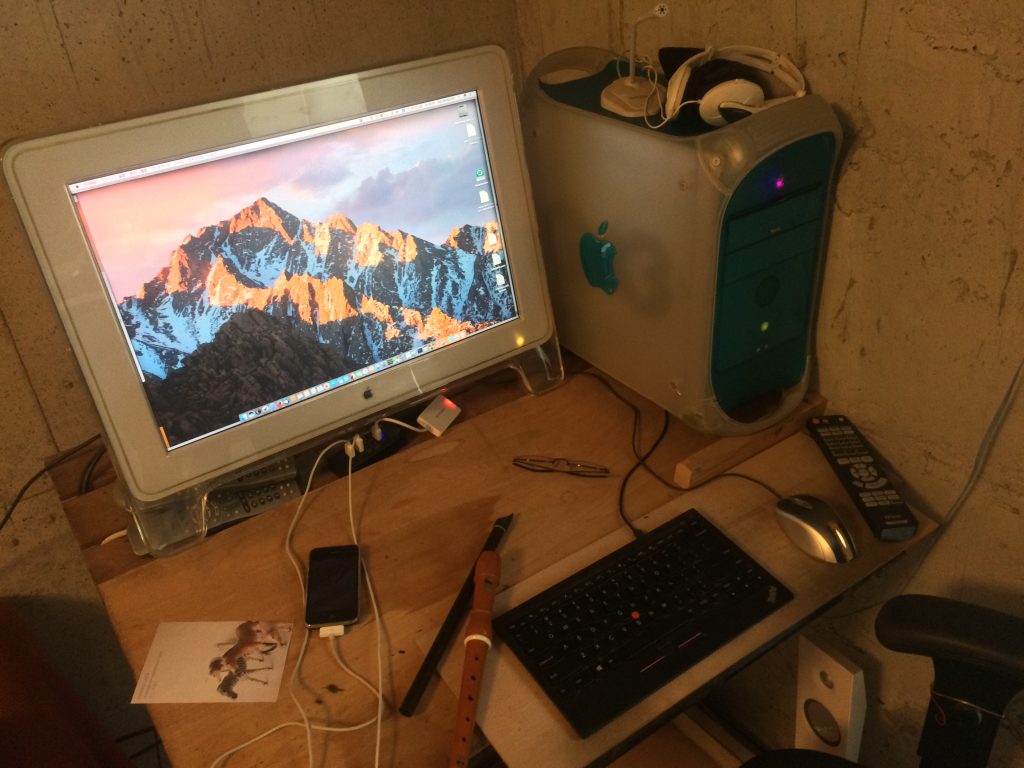 (This is not a real Mac G3. Everything I wrote here was from my “dream” about a hypothetical machine whose Mac OSX was installed in the G3 box that contained a MB for Windows. Yes, it all happened in my dream last night.)